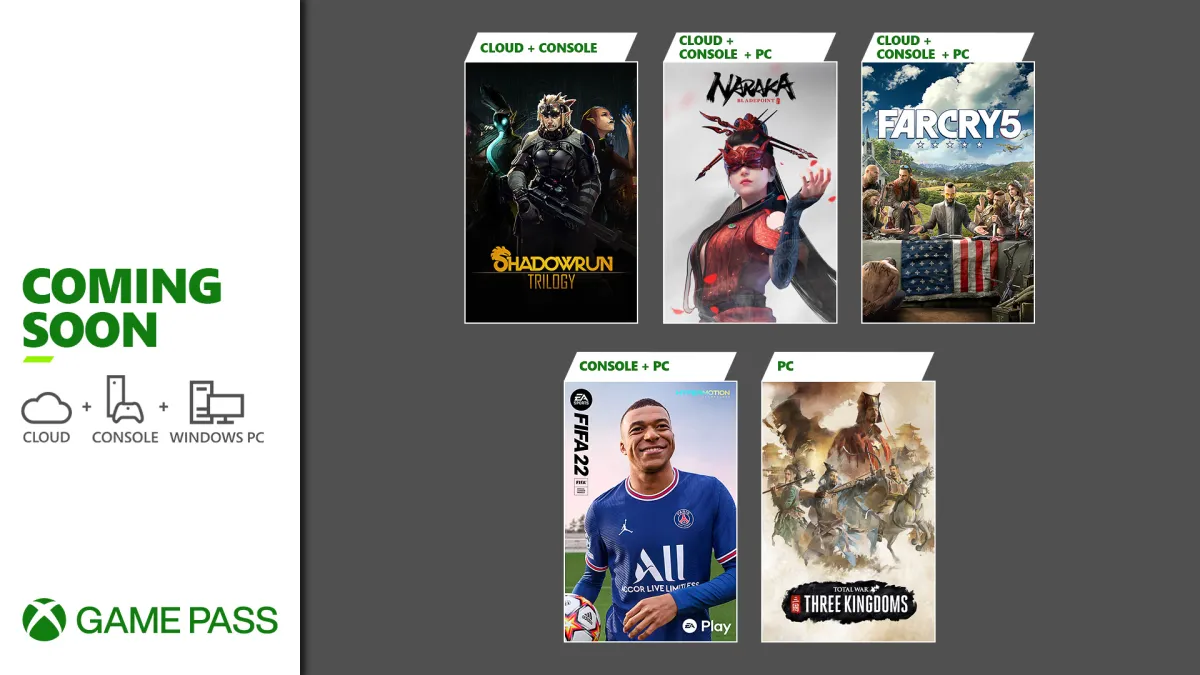 Xbox has revealed the games coming to its Game Pass service in the next couple of weeks.

Out today are the Shadowrun Trilogy on cloud and console, and Total War: Three Kingdoms on PC. The former is a cyberpunk tactical RPG series, while the latter is a Chinese take on the multi award-winning strategy series.