Halloween has officially arrived and we are here to help celebrate by presenting you with the winners of our best horror video game face-off. Not only do you now have an idea of what terrifying games you need to play for the first time or hundredth during this spooky season, but we also now know which horror game IGN's audience believes is the best of the best.

So, after 1.2 million battles with matchups like Resident Evil 4 vs. Dead Space and Silent Hill vs. P.T., which game earned the right to be called the greatest horror game of all time? Bloody drumroll please…

Pyramid Head fans, rejoice! Silent Hill 2 has won our horror game face-off with a commanding win percentage of 88.5%. The game from 2001 that is officially getting a remake from The Medium's Bloober Team won 19,747 of its 22,308 duels, indicating that the idea of a remake was probably a great decision.

In perhaps a bit of an upset, Resident Evil 4 only made it to #5 and was dismembered by Dead Space, which is also due for a remake on January 27, 2023. 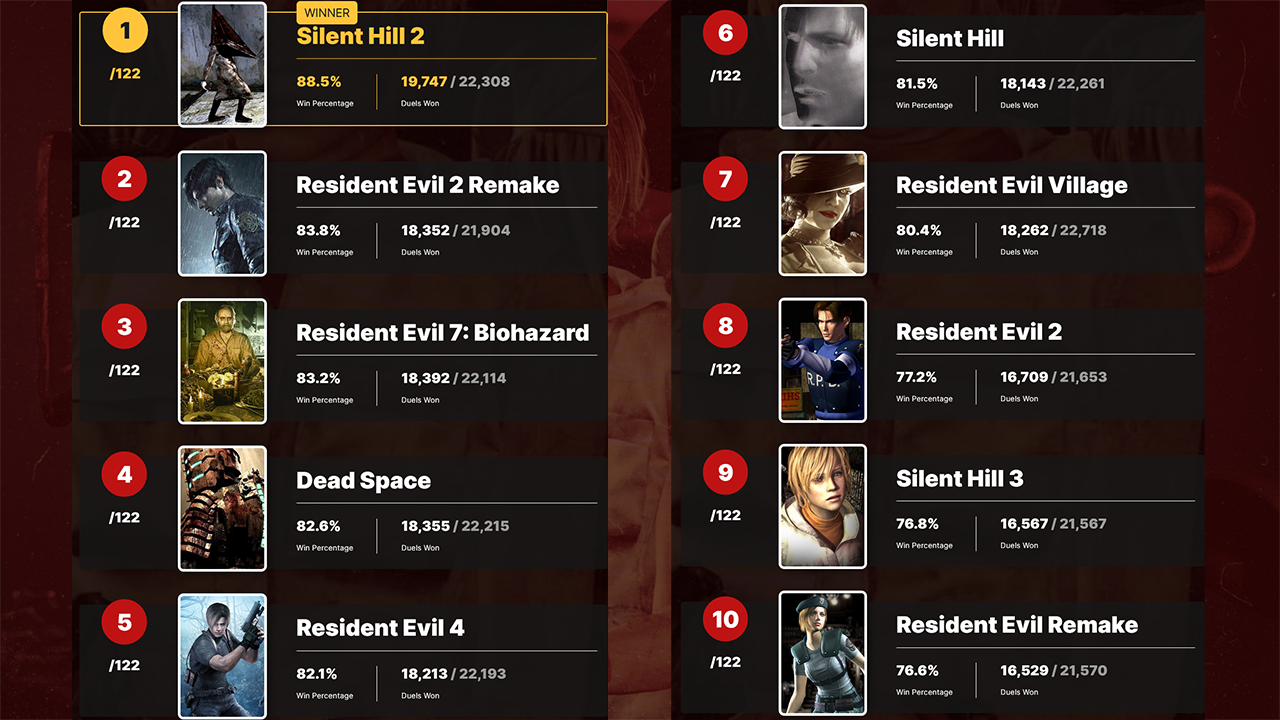 On the other end of the spooky spectrum stands Cooking Companions, the game with the least amount of wins at 20%. It was joined by games like The Coma: Cutting Class, Bigfoot, Scarlet Hollow, and Enemy Zero.

Slay the Princess, Nightmare Creatures 2, Uncanny Valley, Sweet Home, and Atama rounded out the bottom 10. It should be noted that many of these are well-regarded games that are indie titles without the AAA budgets found in the games from the top 10. There is still plenty to like and be horrified within these games, but they don't have the popularity of some of the bigger titles. 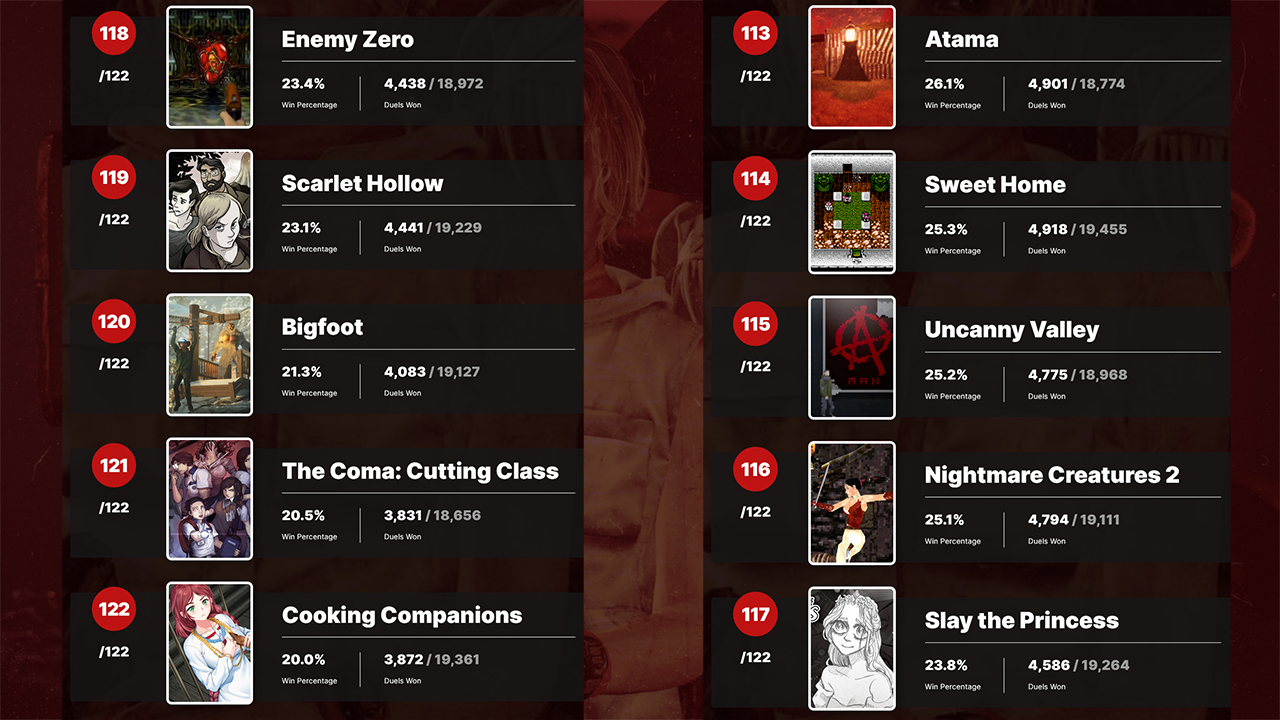 Are you wondering where your favorite horror video game landed, like maybe Bloodborne? (It took spot #21) For all the rankings, you can check out the full list of where all 122 horror games that competed in this face-off ended up.

Adam Bankhurst is a news writer for IGN. You can follow him on Twitter @AdamBankhurst and on Twitch.