Hello, everyone! This is Aleksandra from 101XP, and I am glad to announce that our game Blind Fate: Edo no Yami is now available for Xbox players! Right now you can embark on a fantastic journey through post-apocalyptic Japan to fight mechanized Yokai and anyone else who dares to stand in the way of a true warrior!

Path of the Samurai

Assume the role of Yami the Demon Hunter. Blinded in battle, he must now rely on his enhanced senses, a hi-tech substitute for his old vision, Yami was implanted with Sensors to perceive the enemies around him, and with a Oni-Mask that processes environmental data to project a simulation of the outside world.

You have at your disposal a trusty sharp sword and a deadly cannon built into your hand, full berserk style. With these tools you shall carve your way through hordes of relentless enemies. Utilize numerous attack combinations to stun your enemy, then go in for a spectacular finishing move. Become the blind blade of vengeance in this new brutal reality!

It is the distant future, and the cities of Japan lie in ruins, ruled by the Shogunate and their deranged machines. The New Edo period combines incredible futuristic technology with traditional Japanese folklore. Cyberpunk aesthetics of derelict urban centers exist alongside abandoned villages and ancient temples… But what happened to this world? Find out as you uncover the story of Yami’s own past.

Use your implants to reveal numerous secrets scattered around in-game locations, then upgrade your stats and abilities to become stronger and ensure your survival in this realm of decay and danger.

And the Machines Rose from the Ashes…

Prepare to combat the mechanical menace all throughout your adventure. Having proved more adaptable than humans, robots of all shapes and sizes claimed the scorched land for themselves. They lurk in the shadows, but that makes little difference to our blind hero, so call upon your sensors to reveal the stalking Yokai! These demonic contraptions still emit heat, smell, and sound. Expertly switch between implants to track your enemies and force them to battle on your terms. Defeat regular opponents and vicious bosses, then claim the spoils of your hunt in terms of data and knowledge!

Can you trust your feelings, either real or artificial? Is the world around you really what it seems or are you being misled? Play Blind Fate: Edo no Yami and learn the truth for yourself! Available right now for all Xbox players! 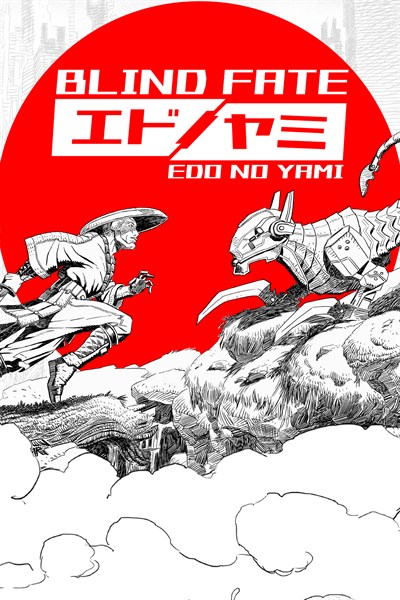 ☆☆☆☆☆ 4
★★★★★
$19.99
Get it now
It’s a new, dark and machine-filled Edo period, and the Shogunate rules over Japan with its just, but pitiless hand: you. You follow orders. You obey. You kill. Until your sight is taken from you, and you must learn to “feel” the world anew… — A world of data and lies The Mask of the Oni creates a simulation of the world around you, but tread carefully: old data will show you only deceiving echoes of the past. — Swords sing unseen Even blind, you are unstoppable. Use different sensors to detect your enemies and identify their weak spots, then crush them with lightning speed. — Robotic folktales of Japan Discover the story of dozens of robotic versions of Japanese folktale creatures! Find their weaknesses and destroy each one with a devastating finisher! — Long-lost mechanical lore Your sensors pierce the curtain of the past. Use sound, smell and heat to explore the world, uncovering centuries of lore and guiding Yami on his vengeful, story-driven journey.

Related:
Only You Can Save the Rhythm of Nature in Skabma Snowfall, Coming to Xbox
In Case You Missed It: /twitchgaming: [email protected] Fall Showcase
World War I First-Person Shooter Isonzo is Available Now