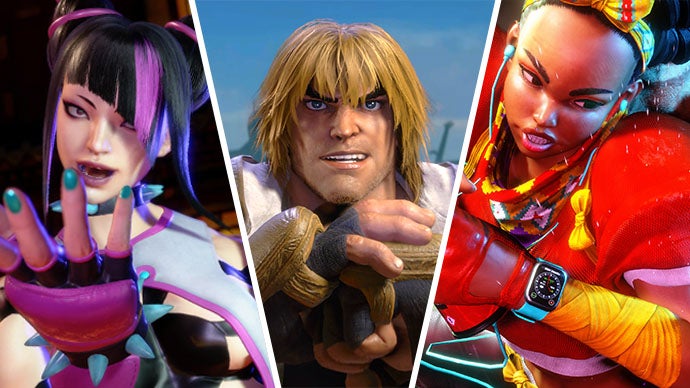 Street Fighter 6 is looking polished as hell – let’s make that clear from the off. It represents a massive course-correction from the controversial mis-steps of SFV, but it hasn’t jettisoned everything from the previous game: everything salvageable has been iterated and improved upon, resulting in a blend of SF4, SF5, and a breadth of new ideas.

Alex’s hands-on session with the Tokyo Game Show build focused on four newly revealed characters: the powerful but unwieldy Guile, for starters. Juri, whose SF6 incarnation is a refinement on her SF5 version but with some of her fan-favourite moveset brought in from SF4. Kimberly, an entirely new character for SF6 but with strong links to the wider Capcom lore.

And, lastly, Ken Masters; resplendent here in his “she’s turned the weans against us” era garb. Despite the divorcee-chic, though, it’s still the same old Ken: if he was your main in 1991, he’ll feel like being right back home again. Assuming she didn’t get the house.