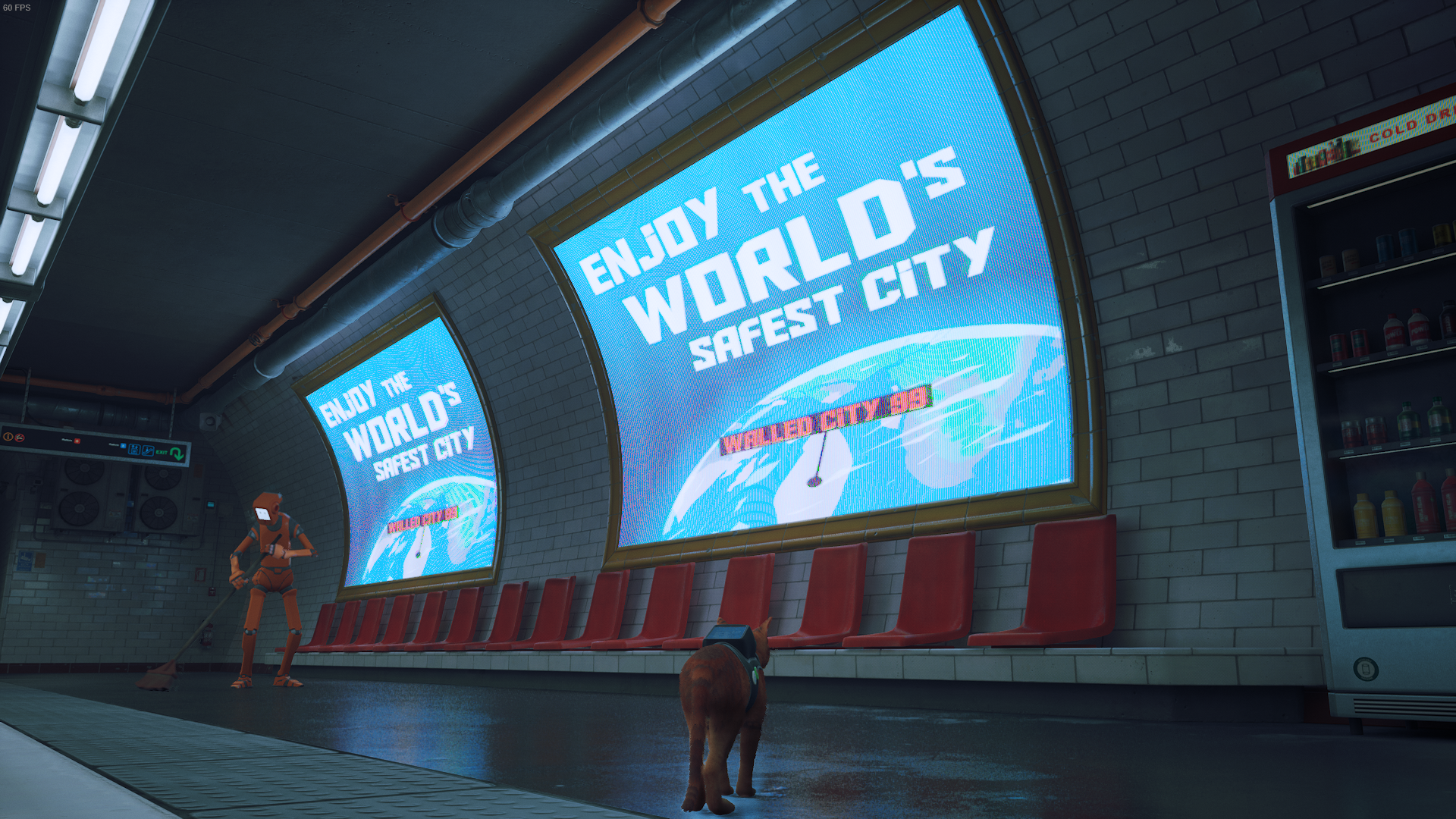 Stray is a cat simulator intertwined with a cyberpunk adventure, and as a result, the game is strewn with dialogue and signs that are, at first, illegible to most. Fortunately, B-12 is the perfect translator, however, Josh Wirtanen of Half-Glass Gaming spent some time decoding the language for all to understand.

Josh started out by decoding the chapter titles, which are displayed both in English and in Stray’s language, and he noted a few differences between translations. For example, the chapter ‘The Slums’ is actually named ‘Home: Slums Part One’ in the deciphered language.

The same can be said for Sheet Music too. Across The Slums, there are eight pieces of Sheet Music to deliver to Morusque in exchange for a pretty cute badge. One of these pieces of music, as noted by Josh, is titled ‘Come On’ in the games language, but Morusque calls that same song ‘Cool Down’.