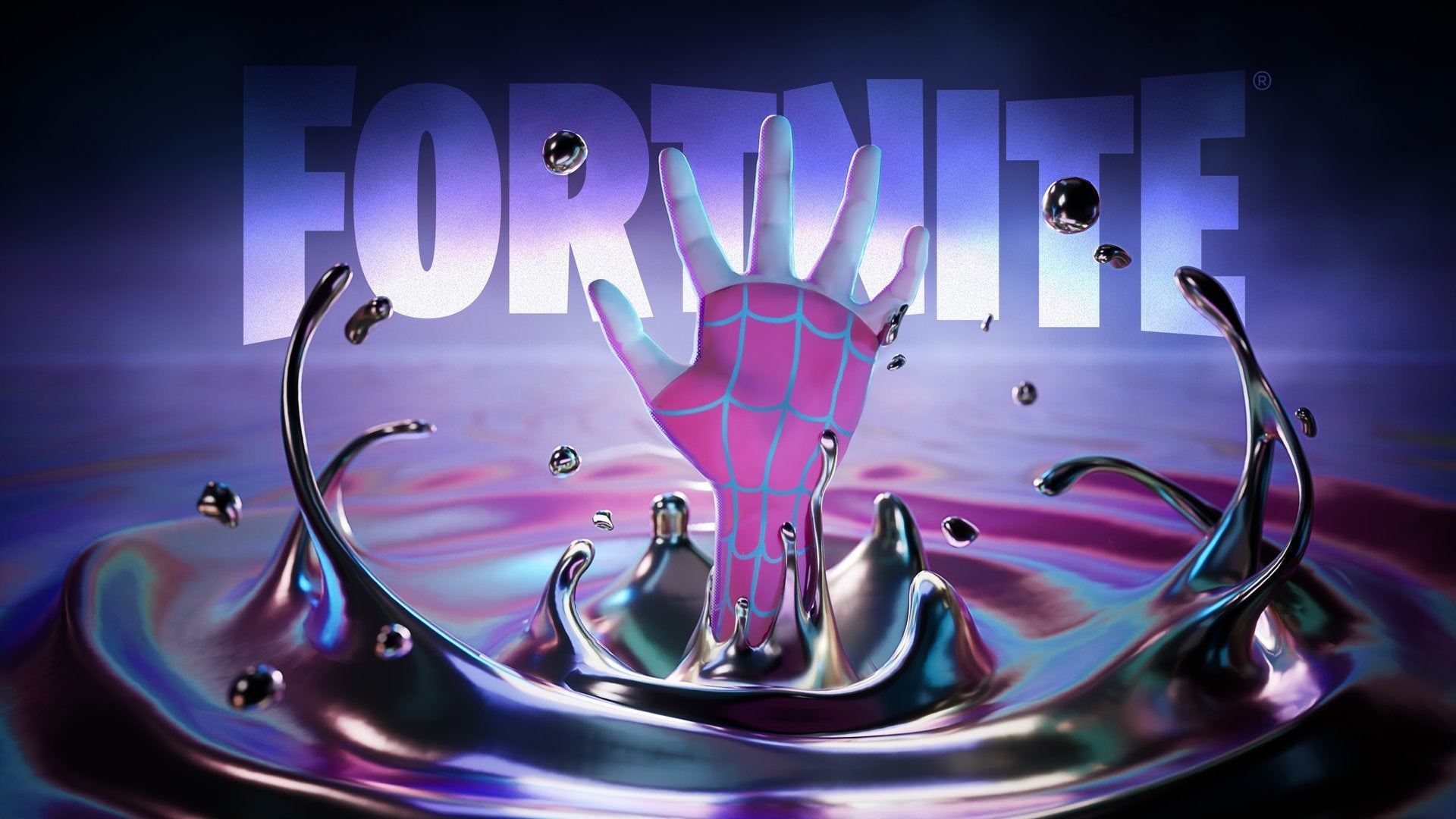 A series of teasers for Fortnite’s next season has confirmed the arrival of Spider-Man: Into the Spider-Verse’s animated heroine Spider-Gwen.

This latest Marvel character to join Fortnite is one of four new skins teased today via a series of promotional images – each of which simply shows a hand reaching out of a puddle of gloop.

Fortnite’s next season is set to begin this Sunday, 18th September, as its peaceful summer party gets consumed by chrome-coloured goo.