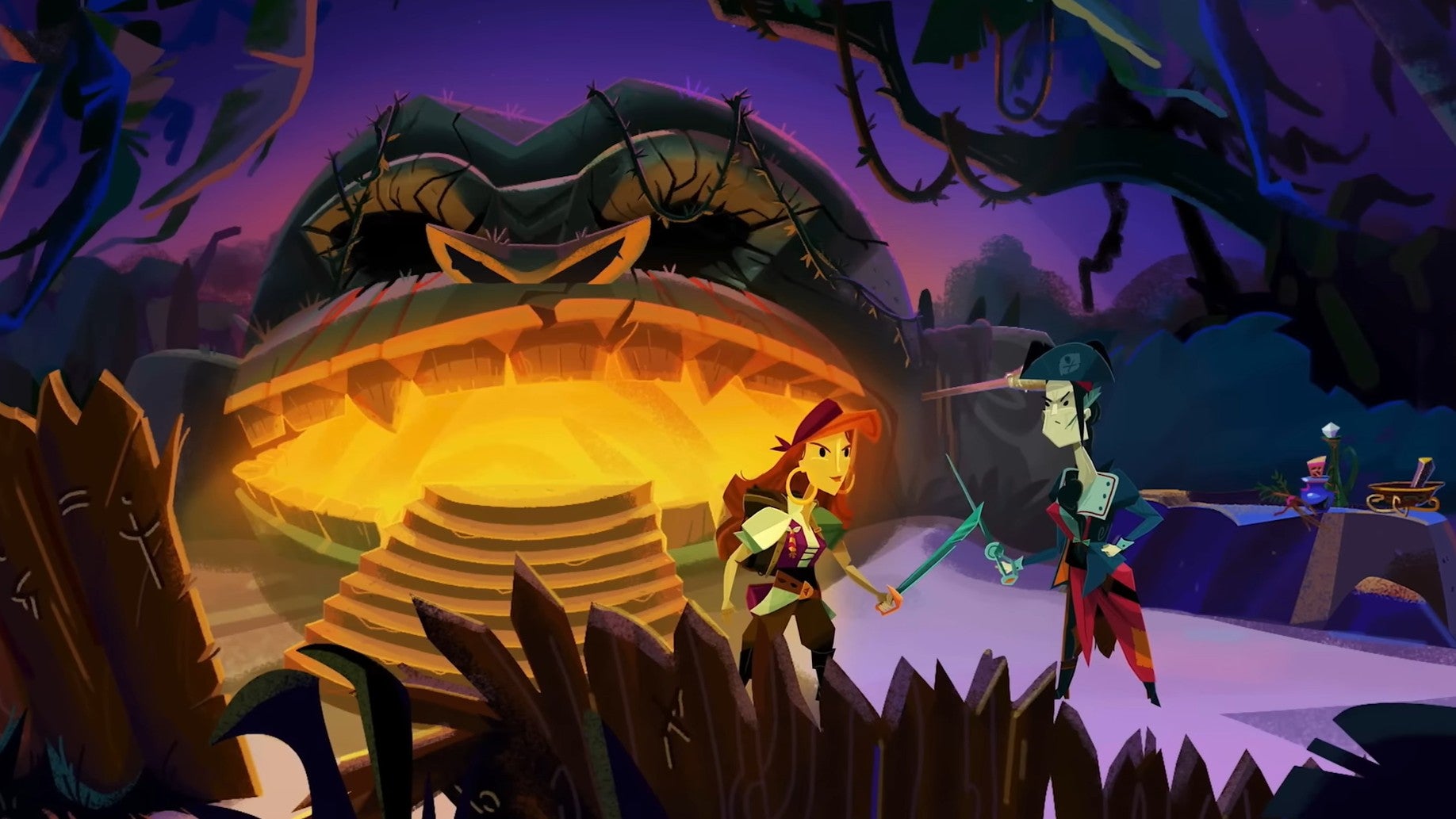 Ahead of Return to Monkey Island’s release next week, I sat down with series creator Ron Gilbert, co-writer Dave Grossman and art director Rex Crowle to discuss the series’ surprise revival. It’s a project many thought would never happen, but which had actually been in secret development for two years (two years!) before its April Fool’s Day announcement a few months ago.

Speaking via video call, it was clear the trio had a great passion for what they do – and also an oversized Stan S. Stanman cutout, which loomed over Gilbert’s shoulder. (This turned out to be a prop from a recent PAX trip liberated by Gilbert, thanks to the series’ iconic distraction of “Look! A three-headed monkey”. Apparently, this move works “every time”.)

In addition to sharing more about Return to Monkey Island, including details of its under-wraps hint system, we spoke about the future of the series, scrapped plans to break up Guybrush and Elaine, and even ideas for Elaine Marley to lead her own game – as well as some Monty Python influences thrown in for good measure.