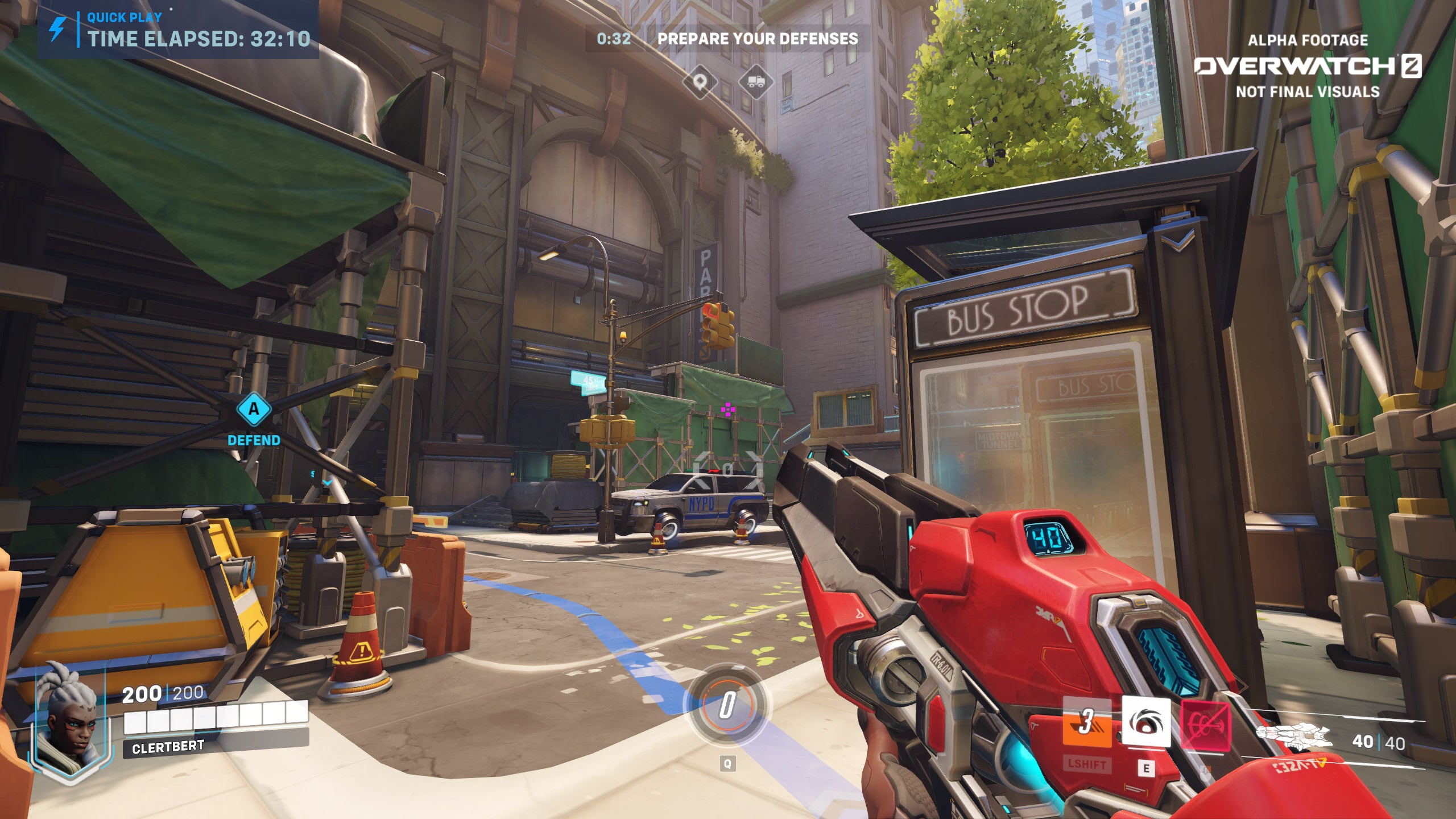 You’d better sit down before I tell you this: in Overwatch 2, Bastion no longer stays still while turreted. Yes, the infamous party-wiping mounted chaingun of a character can now move around while in turret form. Bastion is completely transformed – and is not the only one.

I’m playing the Overwatch 2 closed alpha PvP test ahead of the closed beta on 26th April, which will invite members of the public in. It lets me try a small slice of PvP and play as new character Sojourn – who’s great and I’ll come back to in a moment – as well as test significant reworks for existing heroes Bastion, Doomfist, Orisa and Sombra. There are new maps and modes, a new ping feature, five-versus-five team sizes, a graphical facelift and a new user interface, and they all combine to make Overwatch 2 feel refreshing if not remarkably new.

First, Bastion. The robot has been redesigned with the philosophy of becoming more of a skirmisher that moves around and fights on the go, rather than one that finds sneaky places to mow teams down from – and it’s a philosophy you can feel running through a lot of the character reworks and Overwatch 2. The vibe seems to be to keep the pace up and keep things moving.