They say it takes a village…and when it came to creating the village of Gravoi, that’s more than true. Saturnalia is a cultural mosaic, inspired in equal parts by cinema, theater, and even architecture—as well as classic video games that emphasize survival and exploration. The result is a deeply textured and thematically rich world, one that reflects a true-to-life influence while ultimately remaining otherworldly.

Where Reality Meets the Surreal

Once the team at Santa Ragione knew the game was to be set in the Sardinian region of Italy—a location not often represented in popular media—we understood we had a responsibility to the beautiful locales and authentic culture of the area. At the same time, our vision was for a horror story with a supernatural influence, necessitating an imaginative leap from the real world into something else altogether. That’s how Gravoi came to be: a fictional dreamscape that reflects the real Sardinia while standing on its own as a distinct and eerie setting.

The team conducted extensive location scouting throughout the island, taking countless photos and videos of villages and towns throughout Sardinia, from the ancient church of Bosa to the abandoned mines of Monteponi. With these resources in hand, we were able to meticulously design the town of Gravoi and its many unique twists and turns. 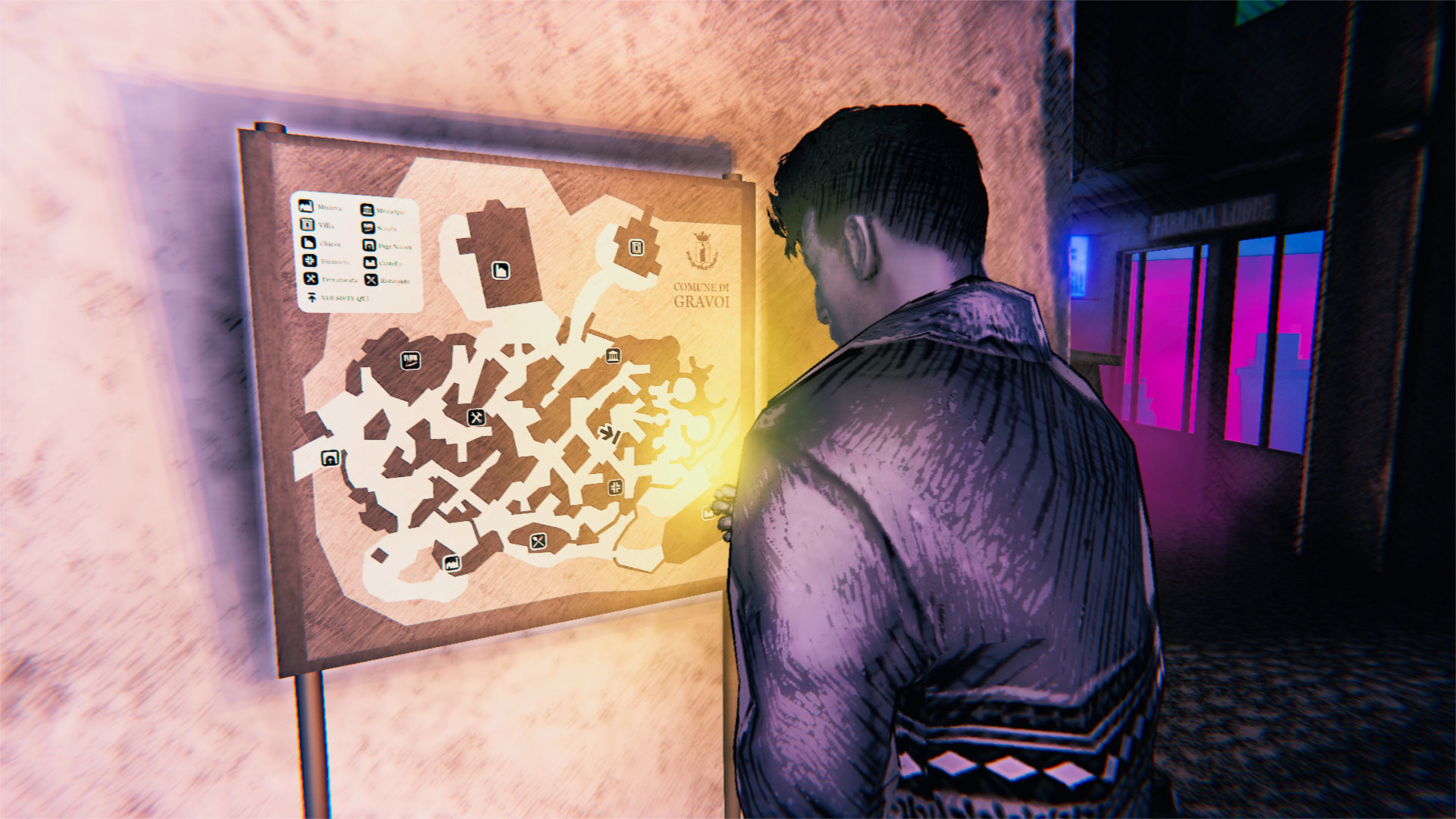 With the aim of creating a procedurally-generated layout capable of reorienting itself once certain in-game conditions are met, the designers worked hard to ensure that each cobblestone sidestreet and narrow alleyway felt distinct and lived-in. The cathedral, storefronts and architecture that make up Gravoi are at once familiar and totally unique. But establishing a three-dimensional setting is only part of the storytelling process.

The art style of Saturnalia brings many descriptors to mind. Colorful, kaleidoscopic, or maybe picturesque? All of these are accurate, but they only begin to explain the depth and range of influences that contributed to the aesthetic that defines the visuals of Saturnalia.

From the outset, we had a very clear inspiration in mind for both the story and the look of Saturnalia: giallo cinema, the classic Italian horror films that rose to prominence in the 60’s and 70’s due to the bracing and innovative work from the likes of Dario Argento and Mario Bava. Known for their shocking violence, gripping mysteries, and stylized cinematography, these films formed a foundation upon which the developers could build their own entry into the longstanding tradition of Italian horror. 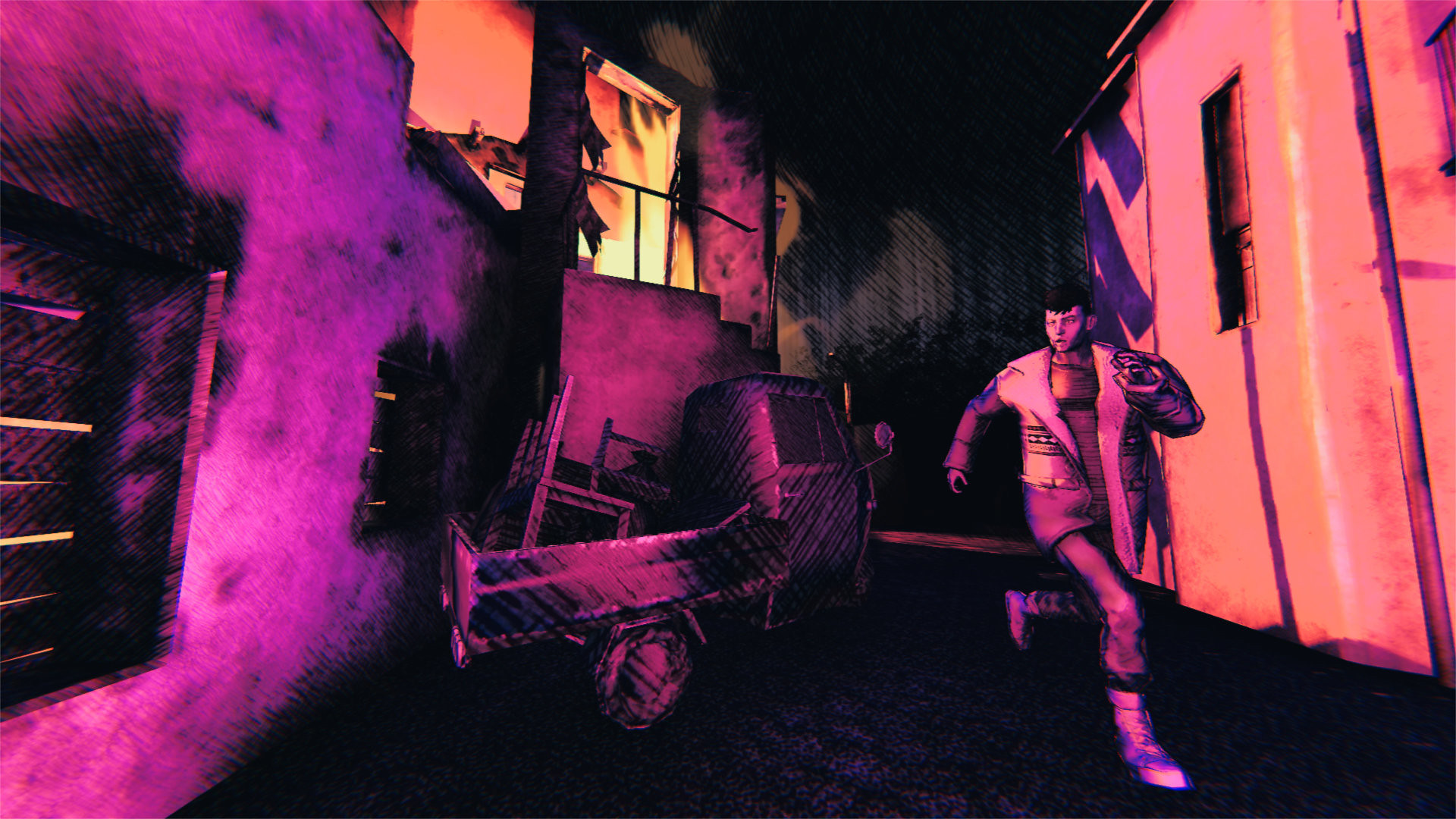 For level design, our art director looked to contemporary architecture and dramatic scenography, particularly expressionist and brutalist forms that prize meaning over realism. These stark geometric patterns combined with the color treatment and palette structure to create an immersive world that’s easy to get lost in—both literally and figuratively.

The evocative art style of Saturnalia—dubbed “neon-folk”—is its most immediately arresting feature. But how the game plays is just as crucial.

The Heart of Saturnalia

Although the cinematic influence on Saturnalia is substantial, it is a video game first and foremost, one with deep connections to the lineage of survival-horror and exploration-based adventure games. Specifically, the rich and detailed world of Shenmue was a huge inspiration, as were mystery games like Mizzurna Falls, Enemy Zero, and D2. The commonality between all these games is deeply immersive worlds that encourage critical thinking and emotional connection to their narratives and central characters.

The level design focused on providing players with multiple pathways to achieving their objectives, with a primacy placed on choice and unique playthroughs. Borrowing from the explorative adventure style, certain areas of the village are unavailable to the player prior to acquiring certain tools and equipment. Similarly, the many diegetic puzzles weaved throughout the game are the key to discovering new areas and secret passageways throughout Gravoi. 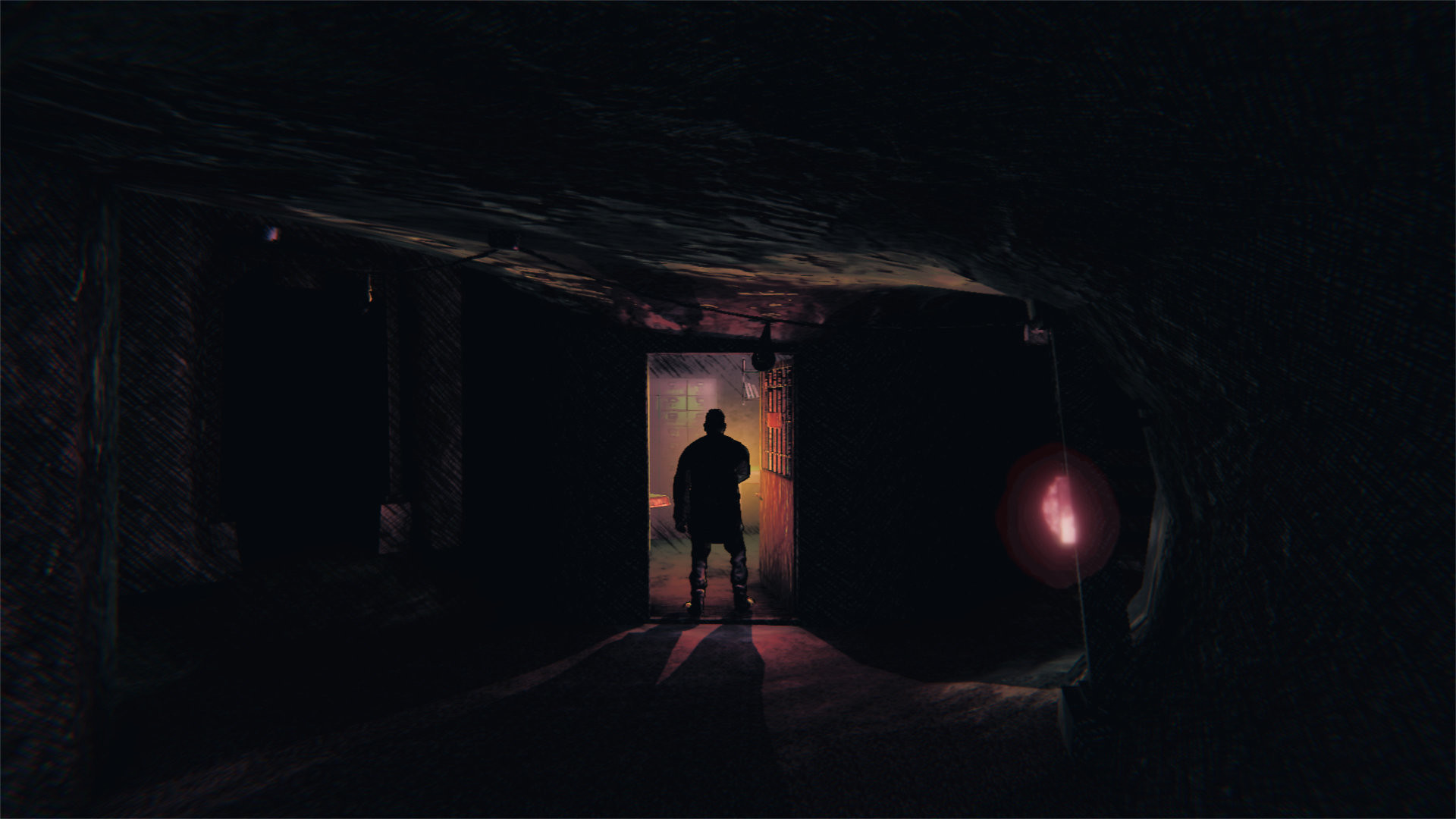 The result is a labyrinthine structure that creates the feeling of traversing an intricate maze. In the absence of daylight, the player’s management of their matchsticks is critical in staving off the darkness…and the attention of the creature stalking their every move. This maze has a monster within, and avoiding its clutches is the top priority for any soul brave enough to explore the village.

But Saturnalia isn’t focused on combat. Stealth and evasion are the player’s primary tools, as are the unique abilities of each of the four co-protagonists. Utilizing these abilities goes hand-in-hand with revealing more about each character’s personal motivations and desires: in the world of Saturnalia, story and gameplay are intertwined. The only way for the player to progress is to learn which character is best used for any given situation or puzzle. 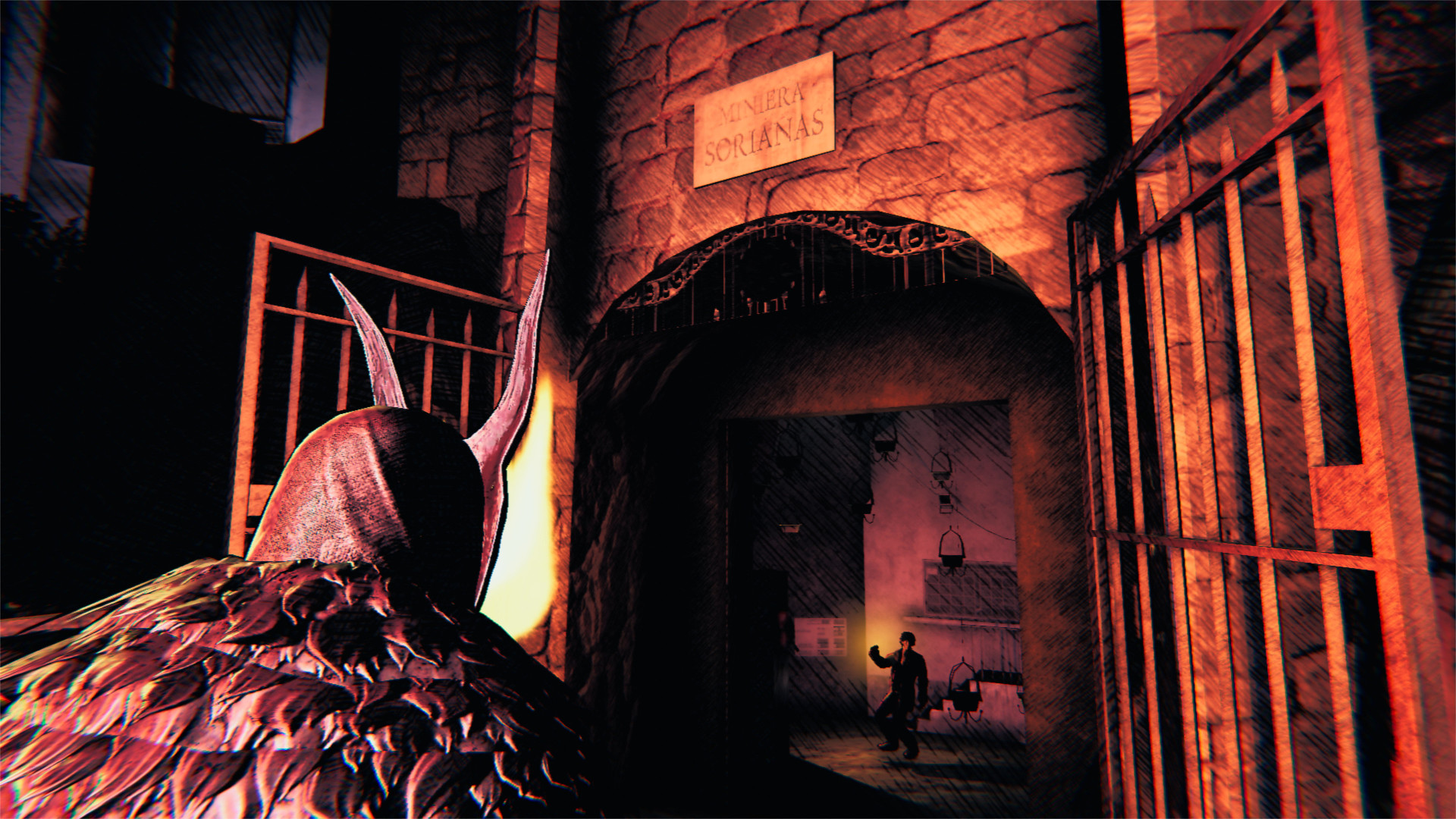 Even so, everyone who plays Saturnalia will enjoy a unique experience. It’s possible to complete the story without uncovering every last detail, promoting replayability and alternate strategies. The discoveries the player makes—as well as the order in which certain events are resolved—can affect the ending. Ultimately, this speaks to one of our key pillars in designing Saturnalia: the emphasis on player agency. It’s for you to choose how you want this story to unfold.

With that in mind, there’s only one question that remains.

Do you dare to join the ritual?

The team here at Santa Ragione is putting the finishing touches to the game, and we can’t wait for you to play it. Saturnalia launches for PlayStation 4 and PlayStation 5 on October 27, 2022.