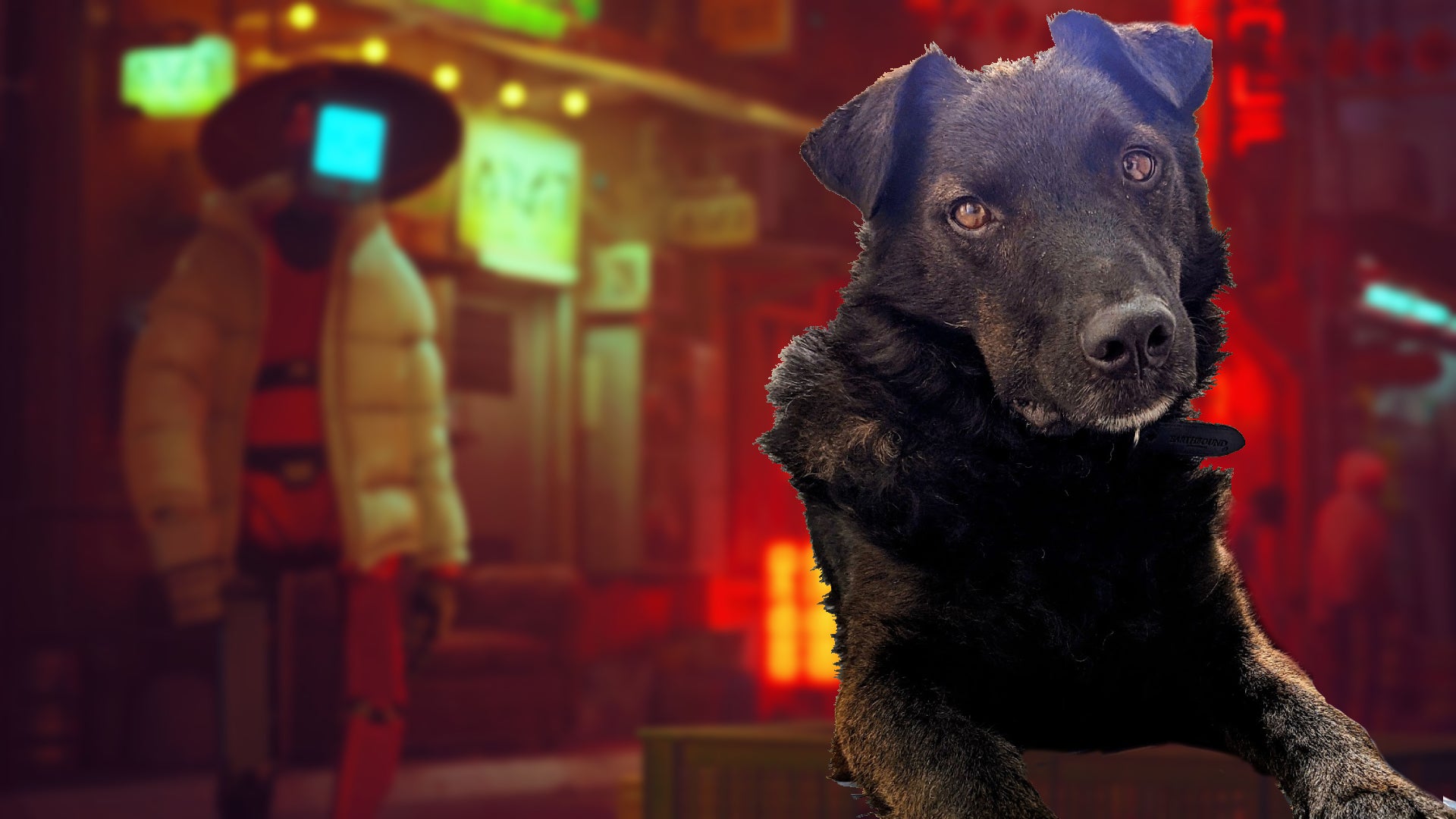 Stray is a deeply unbelievable game. It isn’t the hostile, fleshy monsters that chase you through the sewers which stretch credulity to breaking point. A race of maintenance robots that have evolved individuality and self-awareness after the death of their creators doesn’t seem completely outside the realm of possibility. What completely obliterates the willing suspension of disbelief is the ridiculous idea that a cat would ever help anybody.

Have you ever heard of a bomb-sniffing cat? Seen anyone with a guide cat? Of course you haven’t. Yet Stray is a story about a cat that not only actively helps everyone it meets, but follows direct instructions. This can no longer be accurately described as Science Fiction, make no mistake – Stray is a work of High Fantasy.

Stray depicts the journey of an ugly orange cat wandering through a robot-populated, quarantined city, inexplicably bringing happiness everywhere it goes. Every robot that meets it can’t help but beam at it, gigantic cutesy emojis flashing on their television faces. Absolutely everyone is delighted to meet it, melting whenever the horrid thing brushes up against them. Stray is quite simply a work of feline propaganda, creating a deeply unbelievable world where even the very notion of vague indifference towards the animal has been excised.