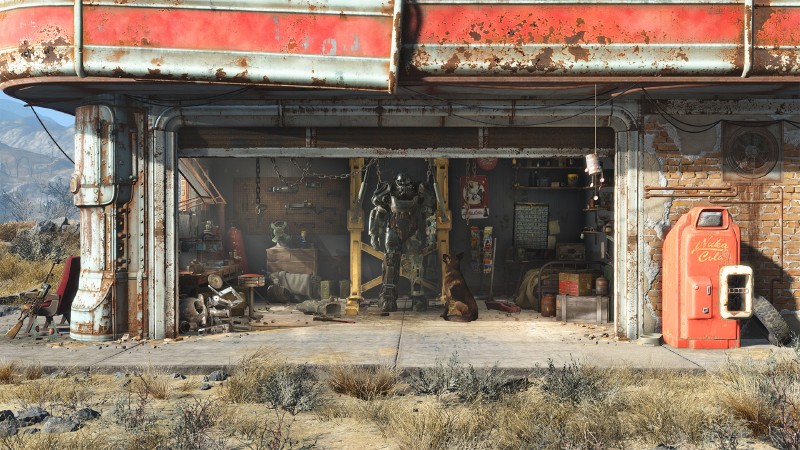 Amazon Studios and Kilter Films have released a teaser image for its in-development Fallout TV series based on the game franchise of the same name and it might hint at its setting.

Bethesda Game Studios announced back in 2020 that it was teaming up with Amazon Studios and Kilter Films to develop a Fallout TV series. Early details revealed that Westworld creators and producers Jonathan Nolan and Lisa Joy signed onto the project and are partnering with Fallout 4 director and long-time Bethesda producer Todd Howard to bring the show to life.

Since then, not much else has been released except a 2021 report that details the show as a “gonzo, crazy, funny adventure” and some leaked set photos that reveal some pretty accurate set designs and costumes. However, today, in celebration of Fallout’s 25th Anniversary this year, Amazon has released our first official look at the series:

Congratulations and Happy 25th Birthday! We made something special for the occasion. #Fallout #Fallout25 @BethesdaStudios @Bethesda @Fallout @Kilter_Films pic.twitter.com/eFg7t5O8Wa

As you can see, the people in this vault are clearly wearing costumes adorned with the number 33, signifying they’re likely vault dwellers from Vault 33. Now, we haven’t visited this Vault in any of the Fallout games yet, but we have heard of vaults that might be close to it. Namely, Vault 34 in Fallout: New Vegas. It’s located in the Mojave Wasteland outside of what used to be the Las Vegas, Nevada, area.

Using that knowledge, there’s a good chance Vault 33 is located nearby or at least on the West Coast (assuming the show follows the same vault placement logic as the games). Over on the East Coast, the vault numbers are much higher, like the starting vault of Fallout 4, Vault 111. Of course, this is just speculation and we could be completely wrong, but we wouldn’t be surprised if this Fallout TV show is set on the western side of the United States. Only time will tell.

There is no release date for this series just yet but considering production is underway, we’re betting it’s a 2023 show. In the meantime, read about how Fallout 4 is getting a new-gen update sometime next year.

Where do you think this Fallout TV series will be set? Let us know in the comments below!