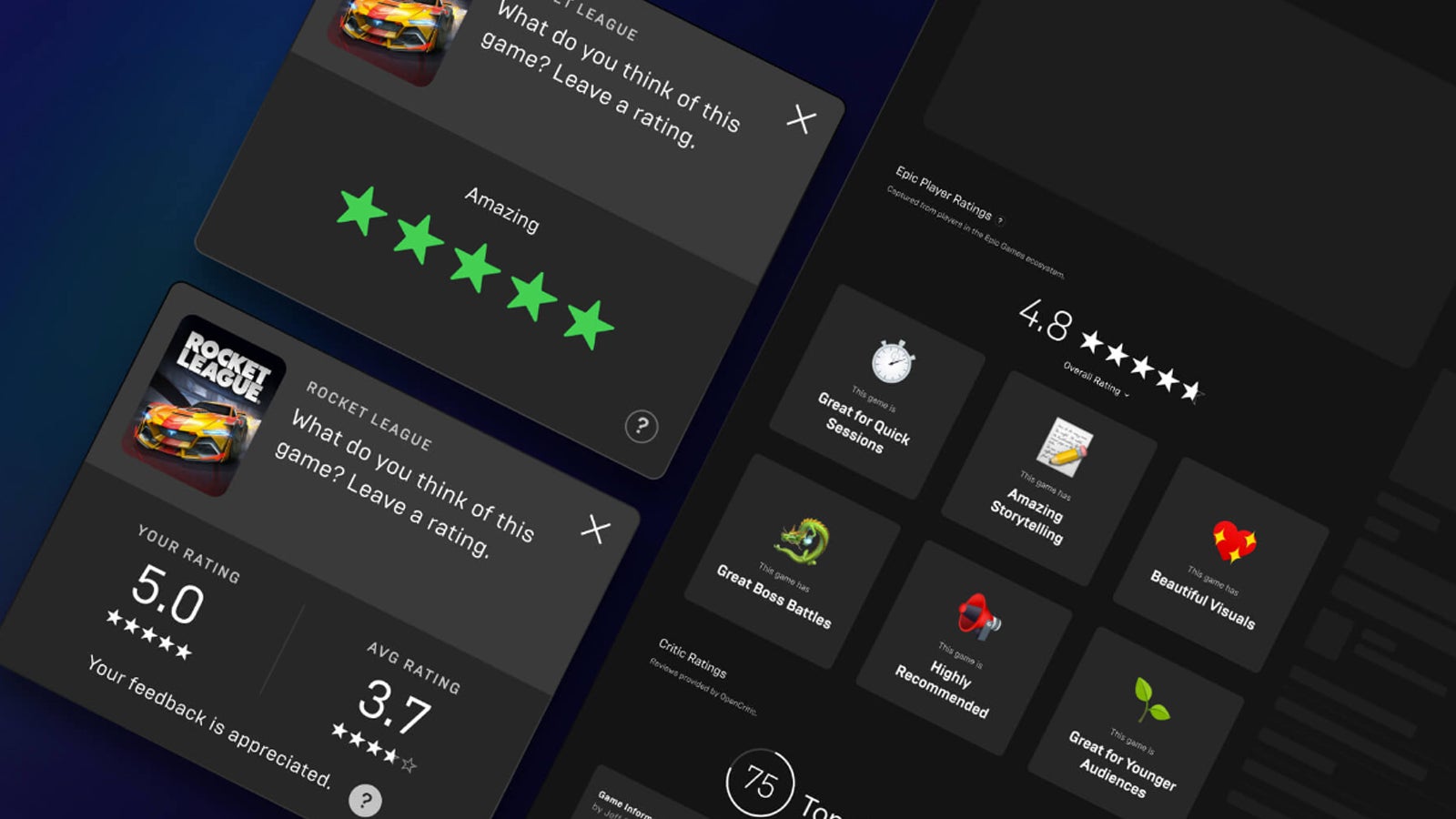 The Epic Games Store has launched its own version of user reviews and tags, via randomised game ratings and polls it hopes will avoid the kinds of review bombing seen frequently on Steam.

The ability to rate a game on a five-star scale will be randomly offered to owners of that title who have played it for more than two hours.

“Because these requests are randomised, we won’t spam our players, and we probably won’t ask about every game or app used,” Epic Games’ Craig Pearson explained. “This approach protects games from review bombing and ensures people assigning scores are actual players of the games.”