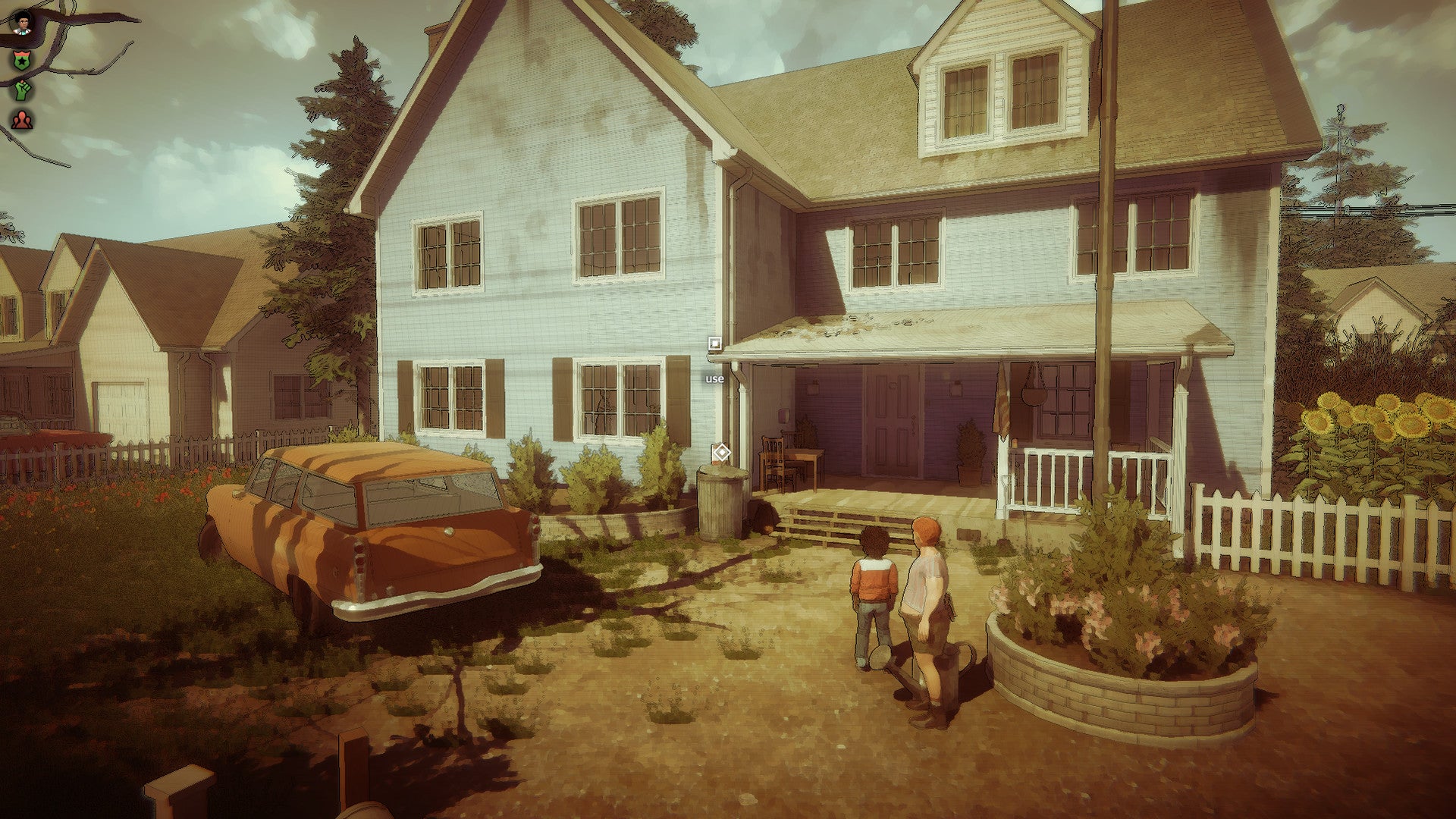 Best Month Ever! is such a (seemingly) unusual game that I didn’t know what to make of it after seeing the original trailer, or even after checking out the demo. It’s about a white woman named Louise, set in the US during 1969, where she must spend as much time as possible with her Black, biracial son Mitch. This is because Louise has been diagnosed with an illness and has only one month left to live.

The story is told in flashbacks with a voiceover from an adult Mitch, contextualising the choices and decisions made by his mother at the time. Of course, these are choices you end up making through dialogue options throughout the game, creating a Louise whose future characteristics are based on Mitch’s observation of your behaviour.

It begins with Louise having to collect her final paycheck from her abusive boss at the nearby diner, with Mitch (supposedly) sitting in the car. Through his eyes, you observe Louise being sexually harassed and make a quick getaway after torching up the boss’ car with an old lighter.