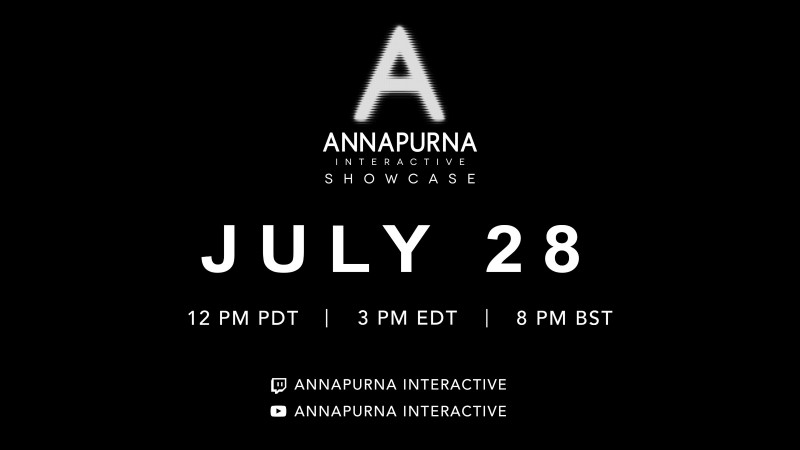 Annapurna Interactive will hold a livestream showcase of upcoming titles on Thursday, July 28.

A message shared by the publisher’s Twitter account yesterday states that the presentation begins at 12 p.m. Pacific/3 p.m. Eastern. Other than that, it offers no hints as to what games will appear. Annapurna’s last showcase took place just over a year ago, where it highlighted a variety of new titles and game updates, such as Outer Wilds: Echoes of the Eye, The Artful Escape, and more.

this thursday // streaming on our channels + with a few partners // noon PT pic.twitter.com/hxUYXeszjk

Annapurna has been riding a nice wave of momentum lately due to the well-received launches of Stray, the cat-focused post-apocalyptic adventure game developed by BlueTwelve, and Neon White, the anime-inspired platforming action game developed by Angel Matrix. The publisher has several noteworthy titles in its portfolio that could get a spotlight on Thursday, some of which haven’t been heard from in a good while. There’s a good chance we’ll see more games such as Cocoon, Open Roads, Thirsty Suitors, Storyteller, and Skin Deep. And those are just the games that we know about.

What do you expect or hope to see at the Annapurna Showcase? Let us know in the comments!