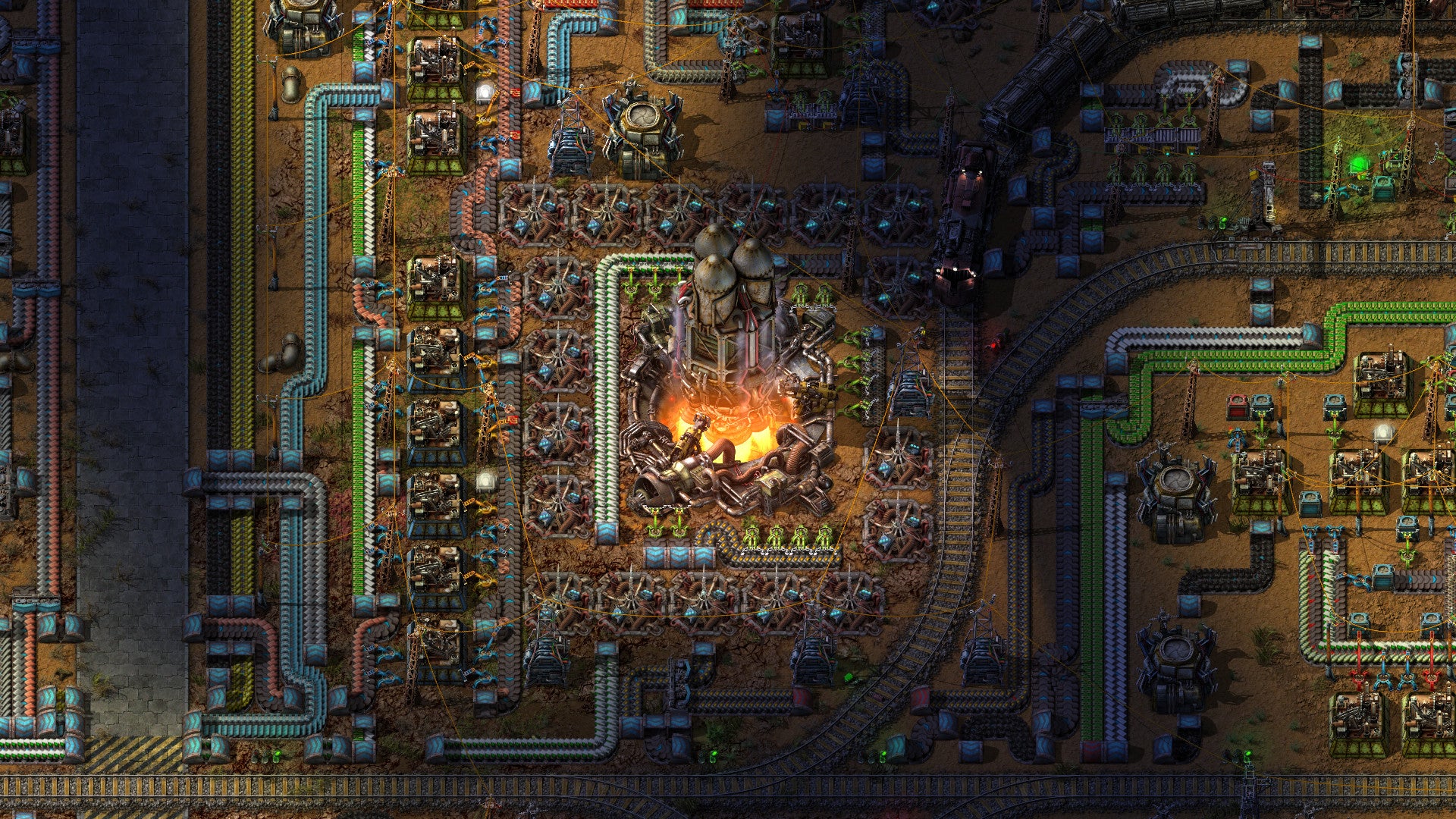 Wube Software’s much-loved construction and management sim Factorio will be making its way to Switch on 28th October.

Factorio, which has garnered a seemingly endless procession of rave reviews since entering Steam early access all the way back in 2016 (it got its full release in 2020), casts players as impromptu space industrialists, tasking them with building increasingly elaborate contraptions in a ceaseless grasp for ever-more efficient automation.

Ultimately, the goal is to build a rocket ship and escape the planet you’ve crash-landed on – a process that begins by farming natural resources to create basic machines which, in turn, open up more and more construction possibilities the further you travel along the tech tree. Eventually, with the planet’s hostile local wildlife dead and conveyor belts stretching as far as the eye can see, freedom should, hopefully, be yours.